Work is set to start this year on ‘Brummiewood’ in Digbeth, a multi million pound Birmingham media village comprising of film and TV studios, and space for houses, bars and restaurants. Peaky Blinders creator Steven Knight has revealed his Mercian studios will sit within a new “residential, retail and food and drink neighbourhood” in Digbeth.

In an exclusive interview with BirminghamLive, Steven revealed work is set to start in March 2020 – once contracts have been finalised and signed. The 39 acres earmarked for the media village –  which will be privately funded –  will be “a two minute walk” from the proposed Birmingham Curzon Street HS2 station.

Steven told BirminghamLive: “We’re hoping to make the announcement in March.  I’ve been working with the city council, with Andy Street… We are so close to making this happen. It’s a very ambitious project that will begin as soon as the contracts are signed with the interested parties. Then it’s all systems go.”

Mercian Studios will be a hub of film and television studios and related industries – animation as well as virtual reality.

Steven, who shot to fame after creating Peaky Blinders, was made a CBE in the Queen’s New Year’s Honours for services to drama, entertainment and the community in Birmingham – the inspiration and setting for the show. The proud Brummie writer and director has always seen Birmingham as playing a big part on the entertainment world stage – he first mooted his plans of a studio near the NEC back in 2016 but attention shifted to a city centre base 18 months ago.

He said: “Studios are usually not slap bang in a city but my plan is to create a community and neighbourhood –  a place where people live and work, as well as hang out. So there will be mixed used space available on the site for housing, restaurants, bars and restaurants.”

“I can’t say the exact location in Digbeth but this is prime real estate. The benefits will come to the city, not just in terms of the image of Birmingham. The film and television industry is one of the most fastest growing industries in the country. The most important thing is that we create jobs for people in the city – and not just technical media roles.

“Although there will be apprenticeships for young people, the great thing about my industry  – is that it employs people across a whole range of disciplines we need electricians,  carpenters, set builders,  the list goes on! We want Brummies to get these jobs.”

Steven will be working with British Film Institute and Birmingham City University to help create apprenticeships.

He said: “The London Film Academy is opening a Birmingham Film Academy – specifically to train people – young and not so young.”

A number of TV and film executives, including from streaming site Netflix which has prioritised the UK for studio space, will be visiting the site in the next few weeks. The 52-year-old said: “Netflix is just one of the big media names interested in a site at the studios. They are also looking at other places in the UK but obviously there are big benefits for having a Birmingham base.”

Included in the plans is a Victorian ‘working’ street which, when not used for filming purposes, will be open to Brummies as a new place to shop and go out. If the plans are approved, it could become the perfect backdrop for one of Steven’s  filming projects  – a series of Charles Dickens novel adaptations for the BBC. Most recently the broadcaster aired Steven’s adapted version of A Christmas Carol.

He said: “All going well I would love to re create a cobbled Victorian street – but with businesses like a Turkish Baths, fish and chips shop,  brewery and gin distillery. A different sort of High Street! But one that can also be used for my BBC filming. The BBC are among the most enthusiastic prospective tenants. They are really keen to be part of Mercian Studios. “

Steven dismisses the idea that the BBC as well as other broadcasters such as Channel 4 have so far chosen to ignore Birmingham’s potential as a filming site for their programming.

He said: “It’s the city’s own fault we have been neglected media wise. We’ve not done anything about it.  We’ve got to make it happen ourselves.”

Now dividing his time between homes in London and Gloucestershire, Steven is pretty much born and bred in Brum – although born in Wiltshire, he returned to his family roots in Small Heath when he was a baby.

From humble beginnings, the Brummie blacksmith’s son is now an A list writer and director. He’s worked with the creme de la creme of Hollywood – including a certain other Steven – Mr Spielberg,  himself no stranger to Brum – having filmed 2018 movie Ready Player One in Digbeth and Jewellery Quarter.

“I worked with Steven on the film The Hundred Foot Journey which starred Helen Mirren. He’s talked to me about what a great city Birmingham is for filming. But to be honest he seemed most impressed by the Indian food here!  I think the curries are the main attraction for him.”

“We’re close to London- where we’re going to be is a two minute walk from the HS2 stop, so easy access to US talent and crew,” he explains, “And more generally Birmingham itself – is a great urban environment for movies, the council are willing to close roads here, the people are not tired of film crews which can happen in places like New Orleans. And there are other locations close by such as the Cotswolds and Stratford upon Avon.

“Potentially I am looking at Mercian as a 2 Phase deal  – with more studio space being built near the NEC later- all going well with the Digbeth site.

“There is a desperate shortage of studio space in the UK and so Birmingham needs to act quickly.  I heard about the Digbeth site in 2018 and we’ve made good progress with plans. And having the Peaky Blinders Festival here last year just confirmed to me what a fantastic area Digbeth is.” 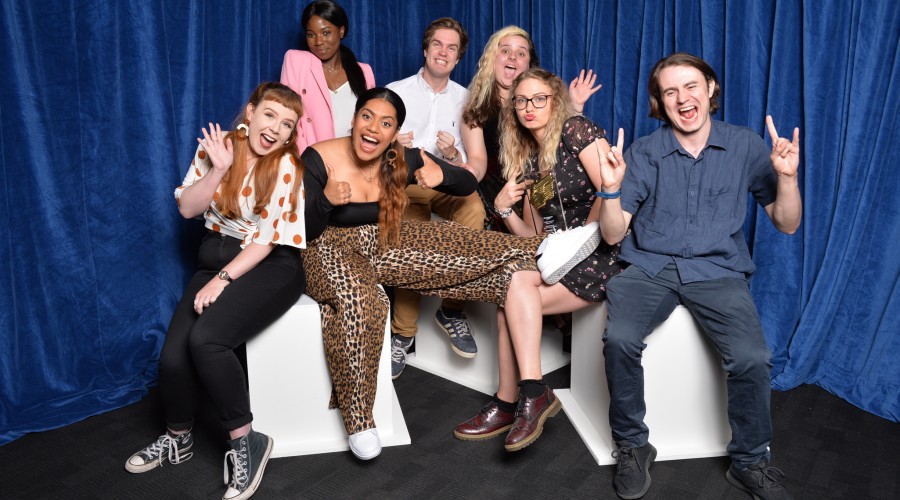