A heritage regeneration company has put forward bold plans to revitalise an under-used area of Birmingham’s Jewellery Quarter, with a creative and media centre, complete with commercial studio space, retail and housing.

Post_hoc Developments, which specialises in creative sector projects, has submitted a planning application to Birmingham City Council to transform the Key Hill area, off Great Hampton Street, into a 100,000 sq ft creative hub, with film, photography, digital, music and jewellery studios and workspaces, as well as commercial space, shops and homes.

The plans for Key Hill Studios includes the refurbishment of the grade II listed Harry Smith Building on the corner of Key Hill and Hockley Hill – one of the oldest buildings in the Jewellery Quarter, dating back to 1824 – and the grade II listed Gem Buildings, also on Key Hill, which were built in 1913.

The site has been pieced together from a number of separate owners, with PCPT Architects given the brief to create an urban mixed-use scheme for a site that has been derelict or under-used for 20 years.

Included is a mews of 18 townhouses, plus apartments above shops and studios linked by a series of squares in a traditional format, with new pedestrian routes through the whole site. In addition to Key Hill Studios, the plans also include a new bar/restaurant in the Gem, to be designed as a key meeting and networking base, supported by cafes and useful shops.

Award-winning conservation architect David Mahony, the principal architect on the scheme and co-director at Post_hoc, said: “We wanted the ground floor to be vibrant, which also fits in with the proposed new masterplan for the Jewellery Quarter, so adding shops for independents made sense.”

Key to the development is The Lampworks, a film and creative studio set up by Jewellery Quarter-based Post_hoc and Birmingham Film Festival’s Kevin McDonagh, after they acquired a former factory and two adjoining Victorian houses in Key Hill Drive. They launched the studio in June 2019 and it has already played host to filmmakers, photographers and videomakers, as well as dance companies, musicians and television production companies, some of whom have travelled from Yorkshire and London to use the space.

Chris Barrow, co-director at Post_hoc, said: “We saw the opportunity to add further spaces and resources for creatives, at the same time as regenerating a lost part of the Jewellery Quarter. Consideration is being given to the commercial spaces being owned and managed by a community interest company (CIC), thereby assuring long-term survival.

“This project is very much looking to support smaller, independent companies, producers and artists from the ground up, helping them to realise their projects, as well as working with creative companies that create content for the BBC and other major channels.

“The whole scheme could accommodate up to 150 full time jobs and the proven interest in using The Lampworks, which is only a few minutes’ walk from the tram and railway station, has shown the need for managed studios, so we look forward to adding more flexible spaces and bringing more essential resources.”

As part of Post_hoc’s new plans, The Lampworks will have three fully equipped studios for hire, with the former factory space being split into a 700 sq ft green screen studio with an infinity wall and a 1400 sq ft “shiny floor” TV style studio. These would be available for independent filmmakers, music and fashion video makers, as well as larger production companies, and would complement the already popular “Loft” studio on the first floor.

The development sits alongside the historic Key Hill Cemetery, the burial place of many of prominent Birmingham people from the 19th century, including the politician and statesman Joseph Chamberlain and his brother Richard, and Alfred Bird, the inventor of Bird’s Custard.

If Birmingham City Council planners give the development the go ahead, Chris and David plan to begin refurbishment of the existing historic buildings later this year to provide working studios for hire/rent, with construction of some of the new housing by early 2021. 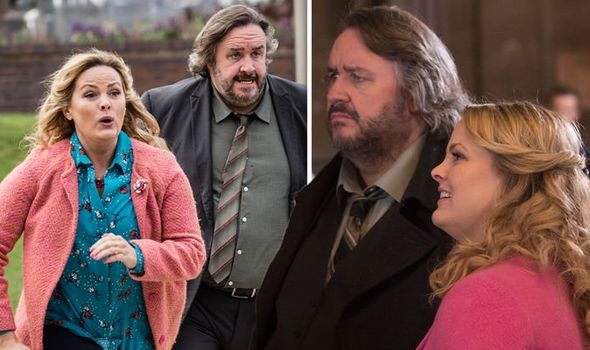