Are you a filmmaker from or based in the West Midlands, with a short film you want to see on the big screen?

Submissions are now open for Film Birmingham’s next ShortFuse event on Tuesday 24th September 2019. Regional Filmmakers will be given the opportunity to screen their short films at the Mockingbird Cinema and Kitchen with an audience of their peers and film enthusiasts. Filmmakers from outside the region will also be considered if their submitted shorts were filmed in the West Midlands, or use predominantly regional crew or cast.

ShortFuse is a bi-monthly event, aiming to engage with regional audiences and provide a platform for the work of emerging filmmakers. Creatives will benefit from workshops, expert talks and professional feedback. We are accepting films of any genre from emerging or established filmmakers for this regional event.

In July 2019, our programme included ‘Sylvia’, winner of the American Pavilion Emerging Filmmaker award at Cannes. David Poole, whose film ‘Visions’ was screened, took part in the Q&A along with other filmmakers. He said it was an “amazing evening for ShortFuse – terrific turnout, fantastic selection of films and a great atmosphere. Hugely positive feedback for Vision and I  loved being part of the Q&A afterwards… I’m still incredibly inspired.”

Our first ShortFuse event at the Mockingbird in May 2019 showcased six regional films, including the BAFTA-winning short 73 Cows, directed by Alex Lockwood. Audience members were invited to participate in a Q&A following the screening and to network at a post-event mingle.

According filmmaker Adam Palmer, whose short film Answer was featured on ShortFuse’s opening night, said: “It’s great that ShortFuse offers a platform to showcase the work of filmmakers who sometimes get overlooked in the Midlands. It’s often London and elsewhere. There are some really great films screened as well.

“If you have a short film, submit it. You get to watch it with an audience so you can gauge how your film is. A lot of the time you sit there one-on-one with your film and you don’t know how it’s going to be received. So it’s good to be part of a community of filmmakers and film lovers.”

Attendee Lee Davis said: “After seeing the regional films, it made me feel like filmmaking is something I could do. I thought the range of the films was very varied, and it was good to hear from BAFTA-winners. I had seen 73 cows online, but seeing it on the big screen I could concentrate more on technical aspects and shots. ”

Please email shortfuse@filmbirmingham.co.uk with a completed ShortFuse – Film Submission Form AND a viewing link for your short film. All films must be under 30 minutes. If selected, you will be asked to provide promotional materials including a trailer and stills and a hi-res version of your film, and a £25 screening fee.

To find out more about Film Birmingham, visit our website, and visit our news page for more industry information. 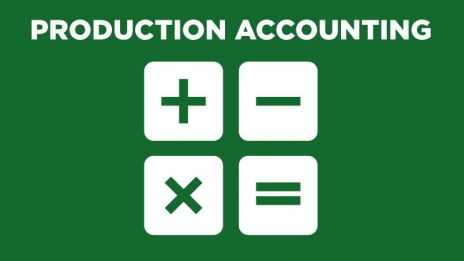