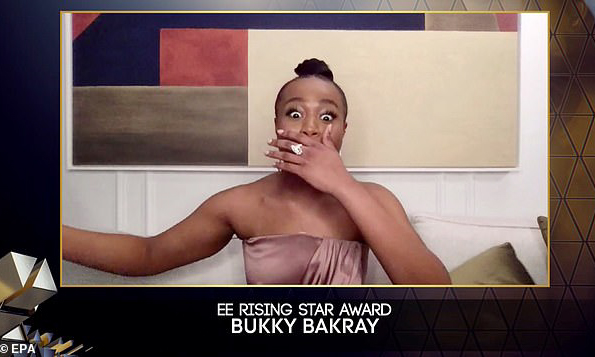 By April 13, 2021Uncategorized
No Comments

Rocks star Bukky Bakray has won this year’s EE Rising Star Award at the BAFTAs, following in the footsteps of the likes of James McAvoy, Tom Hiddleston and Kristen Stewart.

The actress is currently filming in r=the West Midlands for the BBC/Netflix’s drama You Don’t Know Me. The series is based on the bestselling novel of the same name, adapted by The Crown writer Tom Edge.

About the EE Rising Star Award

The EE Rising Star Award is the only BAFTA to be voted for by members of the public. Bukky Bakray eventually topped the vote against Peaky Blinders star Conrad Khan, His House star Ṣọpẹ́Dìrísù, Lord of the Rings star Morfydd Clark, One Night in Miami‘s and Kingsley Ben-Adir.

After winning the award, Bakray opened up about not expecting Rocks to be the break-out hit that it was. “When we filmed Rocks, I thought 100 people would watch the film, maximum. I didn’t think it would have this reach,” she reflected. “As I was texting [co-star] Kosar Ali today, I said, ‘This is actually mad, walking around in the Savoy Hotel, speaking to you right now is insane.’ I didn’t imagine any of this, I couldn’t have.”

She continued: “All the nominees and winners from previous years all have astonishing careers that I look up. Actors like Daniel Kaluuya, LaKeith Stanfield who was nominated, Micheal Ward, James McAvoy… I felt blessed to be nominated and now to have won the award, I can’t believe I’m saying that.”

Rocks won the Casting BAFTA at the opening night of this year’s awards on April 10th. Bukky Bakray was also nominated for Leading Actress against the likes of Frances McDormand and Vanessa Kirby.

About You Don’t Know Me

Bukky is currently filming for You Don’t Know Me in the West Midlands. She says: “Now I’m working on a series called “You Don’t Know Me”. It’s going to happen on Netflix. I’m really looking forward to seeing so many great projects lined up with great creators and artists.” Read more about the series here.