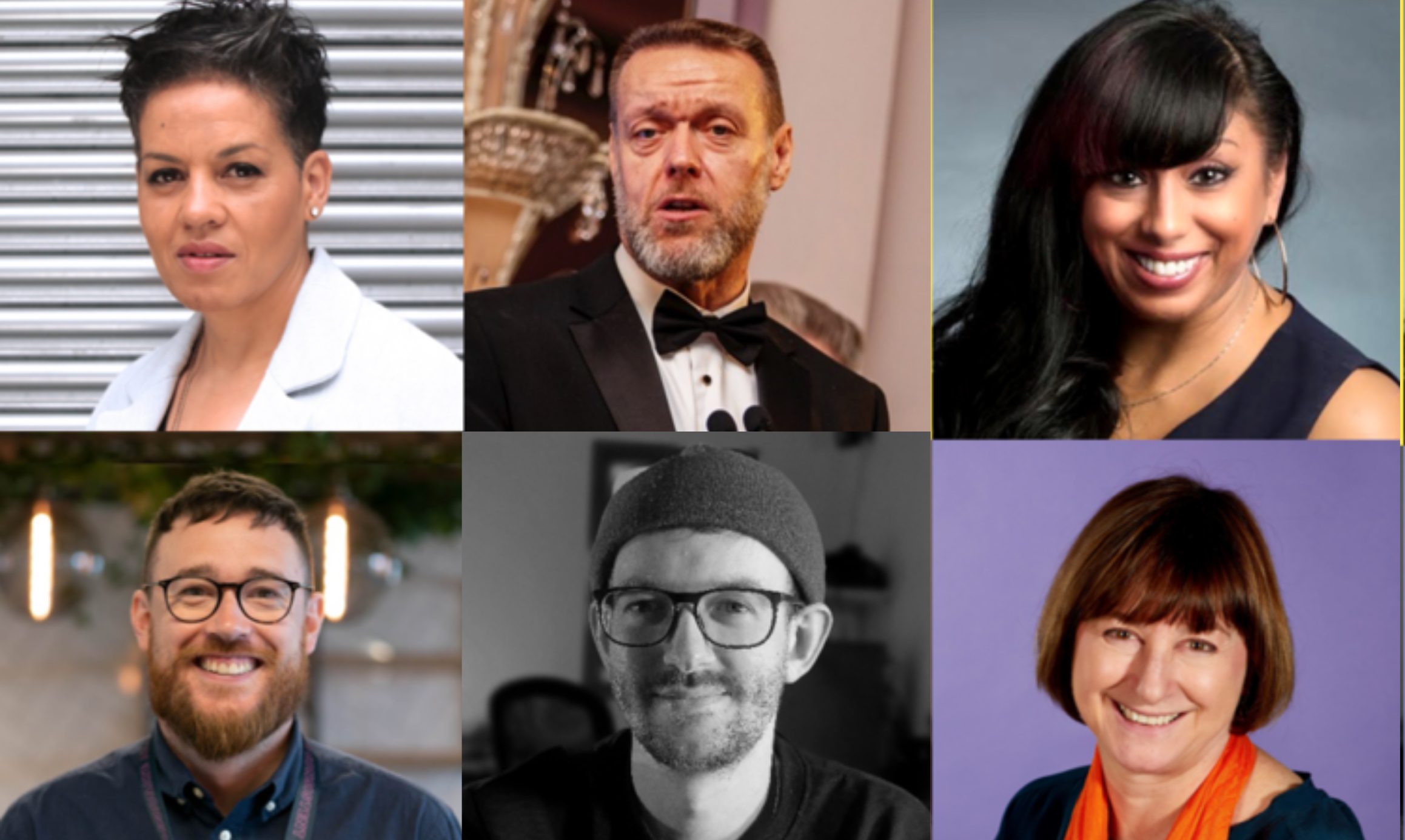 By March 22, 2021Uncategorized
No Comments

Ed Shedd, Chair of Create Central, said “I am delighted to welcome these six outstanding industry experts to the Create Central Executive Board. They join us at an exciting time as we start to see our hard work over the last year bearing fruit. Each of them brings a wealth of experience from sectors across the creative content industries and I’m very proud to be leading a Board of such incredible calibre.”

The new appointees have taken up their Board positions, and form a new Executive Board of 15, including the Chair.

Kit de Waal is an award-winning writer. She was born in Birmingham to an Irish mother who was a childminder and foster carer and a Caribbean father.

Her debut novel My Name is Leon won the 2016 Irish Novel of the Year and is being adapted for the BBC.

Kit is a Director of Portopia Productions, a Film, TV and Digital media production company based in the Midlands, focussed on nurturing diverse talent. She provides regular masterclasses for Arvon, Birmingham City University, Birkbeck University, Irish Writers’ Centre, University of Wolverhampton, The Word Factory and many others. She is currently Writer in Residence at the University of Limerick.

She knits, swears and supports Birmingham City, often at the same time.

Chris is Head of VP and Real Time Solutions MBSi. He has over 20 years’ experience in the delivery of professional LED, projection and virtual production support to a broad selection of film and television projects.

Chris is an expert in virtual production, real time solutions for film and TV and the integration of camera tracking to deliver real-time, on set VFX.

Alison Warner is Managing Director of Blue Zoo Rights, which manages Blue Zoo Studio’s content both for in-house animated projects and third-party co-productions with the studio.

She was instrumental in securing the rights to The Deep and is part of the team that helped put Technicolor’s animated shows Atomic Puppet and The Deep into production.

Born in North Shropshire she spent much of her teen years in Wolverhampton and Birmingham. Alison is also on the Advisory Board for the Children’s Media Conference and is passionate about encouraging young talent within the Media Industry.

Lee Wilcox is the CEO and Co-founder of Electric House – one of the fastest growing social media and publishing groups in the UK, based in Birmingham’s business jewel: Fort Dunlop.

Lee is a multi-award winning entrepreneur, recognised as the ‘Creative Industries and Overall Midlands Entrepreneur of the Year’ at the Natwest Great British Entrepreneur Awards.

Lee focuses on business strategy and culture; putting the team at the front of every business decision has built a family at Electric House.

It’s his mission to maintain an environment where everyone feels safe and valued, where their happiness and welfare is centre stage.

Award winning journalist, executive producer and creative director, Jazz founded and ran one of the UK’s leading Television Production companies (Transparent Television, part of the Argonon Group) for some 15 years, creating, winning and delivering hundreds of hours of primetime documentaries and formats.

She was recently honoured to be a part of TV Collective’s top 50 BAME leaders in Television and is a voting member of BAFTA.

A proud born and bred Brummie, Jazz is a passionate Aston Villa Supporter – but this may be a detail too far!

Jamie has over 12 years’ experience creating previsualisation for award-winning feature films including, James Bond : Skyfall, Marvel’s Guardians of the Galaxy, Fantastic Beasts and Where to Find Them and Jurassic World: Fallen Kingdom.

Bigtooth Studios use the latest technology to advance storyboards into fully visualised 3D sequences. Enabling producers to refine and coordinate budgets and allowing directors to creatively explore ideas in a virtual prototype before getting on set.

For more information about the Executive Board and other Members of Create Central see the Members page.