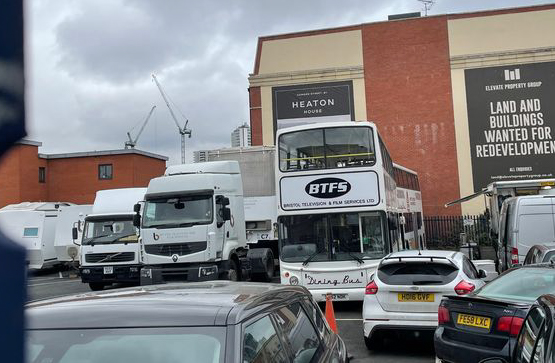 By March 23, 2021Uncategorized
No Comments

Television production trucks have hit Birmingham’s Jewellery Quarter on Friday – as a major upcoming BBC drama is filmed in the city.

Numerous impressively large production trucks were in the car park of the Ramarghia Sikh Temple to film My Name Is Leon. Stewards in hi vis vests were present on Newhall Hill, in Birmingham city centre, as well as Legge Lane and Graham Street. Dining trucks were also in the Sikh Temple car park on March 19.

Lynette Linton will direct the BBC One series based on Kit de Waal’s debut novel My Name is Leon. The forthcoming BBC One drama is scheduled to start filming this month, and stars Lenny Henry and Christopher Ecclestone among others.

Set in 1980s Birmingham, the piece follows a nine year-old mixed race boy Leon, who tries to reunite with his family after being separated from his brother.