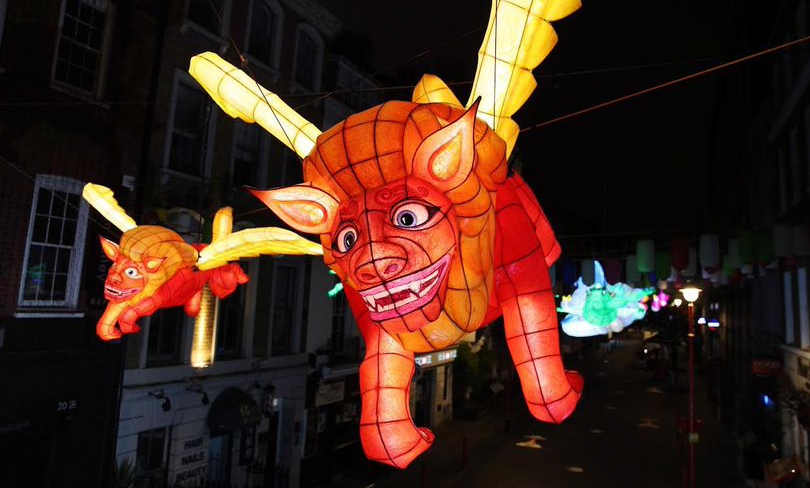 By October 23, 2020Uncategorized
No Comments

A magical lantern show will be illuminated in Birmingham’s Chinese Quarter to mark the release of the brand-new animated film. Netflix’s Over the Moon will be celebrated in Birmingham from this Friday until November 15.

The show consists of over fifty giant lanterns across the two locations, all handcrafted by the Liverpool-based team who created lanterns for the Lumiere Festival.

It will be brought to life with a thrilling animated illumination of over 12,000 LED lights and will tell the story of Fei Fei and her trusty partner Bungee the Rabbit travelling to the Moon to find  Chang’e, the Moon Goddess whose legendary tale gave birth to the Mid-Autumn festival. Characters portrayed in the Installation include the mythical Jade Rabbit, Lunarian guardians Foo Dogs, luminescent Moon Frogs, and a rocket ship inspired by that built by the film’s lead character Fei Fei, along with her trusted companion Bungee. They culminate in a giant moon sphere bearing the images of Chang’e, Fei Fei and Bungee, along with a travelling rocket bike that can be viewed at ground level.

Chu Ting Tang, Chairman of the London Chinatown Chinese Association (LCCA), said: “We’re delighted to be working with Netflix to shine light on the Mid-Autumn festival, an important part of Chinese culture. It’s great that a new film, co-produced by Chinese production company Pearl Studios, is celebrating the folklore of the Moon Goddess and we’re honoured to host the lanterns”.

Karen Baines, Head of Group Marketing and Communications at Shaftesbury, commented:  “ Over The Moon is a wonderful tale highlighting the value of determination and passion, qualities that Chinatown London’s tenants have shown in abundance over the last few months.

“This collaboration with Netflix showcases the destination’s appreciation of Chinese tradition and folklore. We are always looking for new and relevant ways to engage with Chinatown London visitors and create a mix of modernism and tradition which embodies East Asian culture, creating a home away from home. It is fantastic that this can be enjoyed both outside, and socially distanced, to ensure it is safe for all visitors”.