THE horror of domestic violence and the importance of tackling it in society will be showcased in a film created by a Black Country charity.

The team at the Saleem Foundation have created a short film, titled ‘The Hidden Scars’ which premiered on January 31st and will be released to the public at the end of February. The film explores the impact of domestic violence on children and how violence operates in a cycle amongst families.

Shaz Saleem, chair of foundation, said the film and the foundation’s work on domestic abuse grew from their earlier campaign to improve mental health in the community.

Speaking ahead of the premiere in Halesowen, Shaz said: “It started when I was doing mental health research for our last film, when 84% of the people I spoke to said domestic abuse was the cause of their mental health issues. We need to do something about it, it’s a serious concern. I spoke to children who had been affected by domestic abuse and it was heartbreaking. Children are the forgotten victims.”

The film stars local actors, including youngsters, to show how childhoods can be destroyed by violence. Shaz said he hopes the film will encourage people, both men and women, to report domestic abuse so lives can be saved and violence does not perpetuate to the next generation.

Shaz added: “We need the authorities to support victims as they feel like their kids will be taken away if they report it. We need people to report it before something bad happens.

“We need to save lives.”

The film will be shown to the public at a domestic violence awareness event at the Cornbow Shopping Centre on February 22. 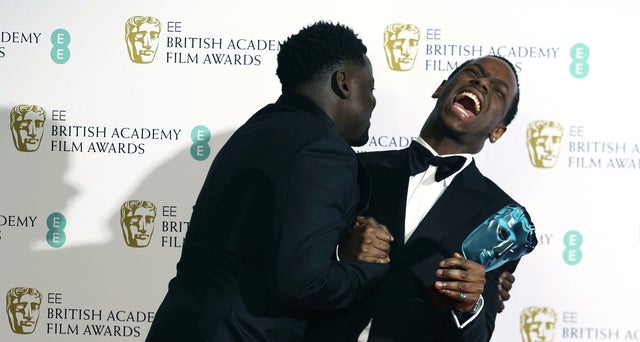