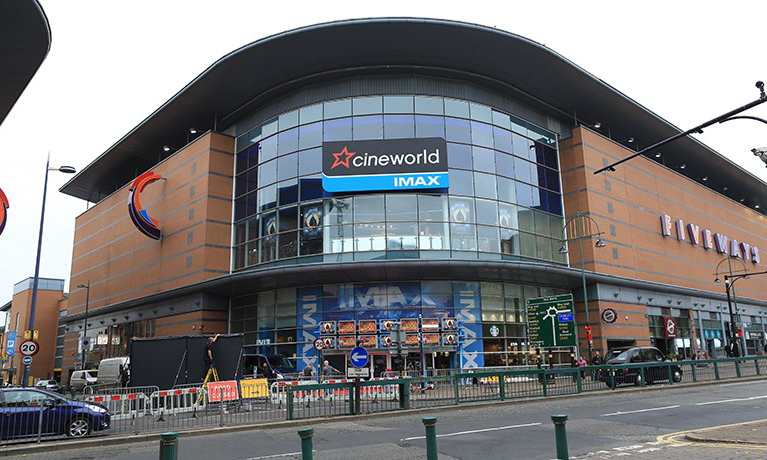 Cineworld Confirms Plans to Reopen Cinemas in May

By March 26, 2021Uncategorized
No Comments

Cinema lovers in Birmingham could soon head to Broad Street or the NEC to once again watch films on the big screen. Cineworld has confirmed plans to reopen all of its UK cinemas in less than two months. The company has confirmed it has set a May reopening date following the easing of Covid-19 restrictions in the UK – as outlined in the government’s road map to economic recovery. It means that planned screenings of blockbuster movies including Godzilla vs Kong are likely to go ahead.

Chief executive Mooky Greidinger said: “We have long-awaited this moment when we can welcome audiences back to our Regal theatres and restore our essential role within the communities we serve. With capacity restrictions expanding to 50% or more across most US states, we will be able to operate profitably in our biggest markets. We will also be monitoring developments closely in the UK and across Europe as we set to gradually reopen across the world in line with local government guidance.”

It has also been revealed that a deal has been struck with Warner Bros that gives the cinema chain exclusive rights to show films over streaming services. The multi-year agreement means Cineworld can show the studio’s films exclusively in its cinemas 31 days prior to them being made available on premium video on demand platforms for streaming at home. An extended window of 45 days for films that open to an agreed-upon box office threshold has also been reached, it added.

Last October, the cinema chain confirmed plans to temporarily close all its cinemas in the UK and US with the chain citing the delay of major film releases by big studios as the main reason.

EE BAFTAs 2021: Here are the Nominees

EE BAFTAs 2021: Here are the Nominees