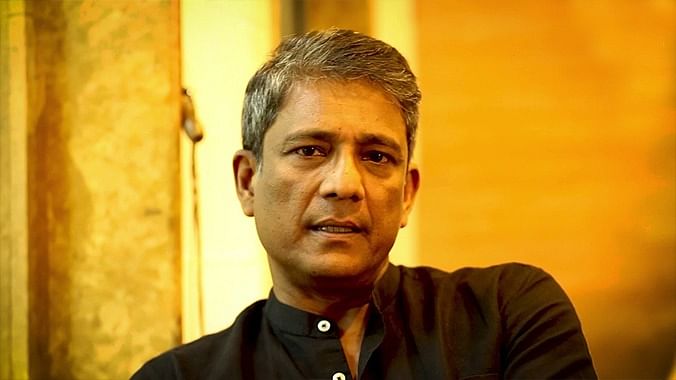 By February 11, 2021Uncategorized
No Comments

Actor Adil Hussain has opened up on his recent shoot in Birmingham amid Covid protocol post lockdown, for the British-Indian film Footprints On Water. The film tells the story of an illegal immigrant in the UK who is frantically searching for his missing daughter while evading the police. A directorial venture of Nathalia Syam, starring Adil Hussain, the story is by Neetha Syam.

“Keeping the backdrop of the story aside, the emotion of a father and his responsibility towards his daughter are universal. Here, in the film, the predicament is such that this father cannot go to the police to seek help because he is an illegal migrant. He is helpless and cannot take legal support. It is interesting how his emotion plays out and how desperate he feels,” Adil told IANS.

“Nathalia is a delight to work with. She has a clear vision and a close connection with the story of the film. She is well-versed with reality. On one hand, while the actors were given the freedom to bring their own interpretation, Nathalia has a careful eye on maintaining the emotional graph and texture of the story so that we maintain the sense of authenticity of the story and characters. It was quite an interesting process to indulge in,” Adil said.

“We shot it in Birmingham, and we got support from British Film Institute (BFI) and the local film council. We had to stay in a bubble during the entire schedule. It is new normal and we are getting used to it, wherever we go. Yes, initially it was strange but we human beings naturally get used to these things,” said Adil Hussain, about the shoot.

The makers are looking for a theatrical release for the film, according to film’s London-based producer Mohaan Nadaar. “We want to take the film to festivals and premiere it along with the best in the world; we have a three-day schedule in Kerala in February and will be fully ready by April-end. We plan a release theatrically,” he said.