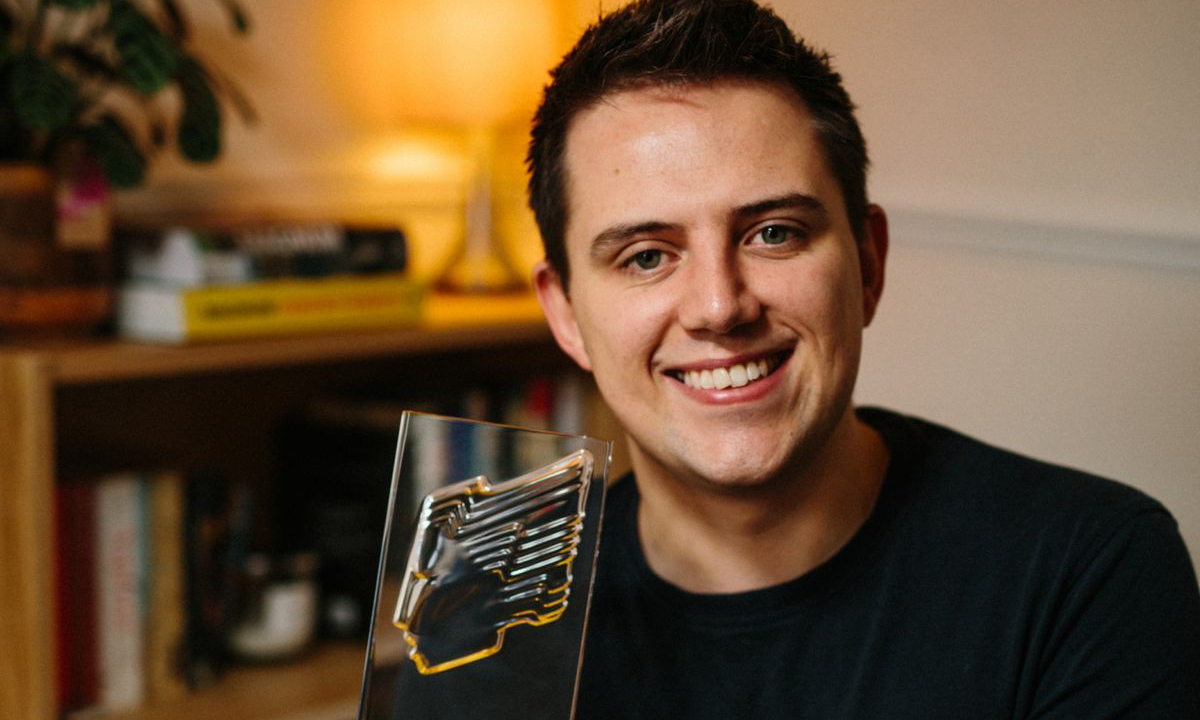 By January 7, 2021Uncategorized
No Comments

A filmmaker is celebrating winning an award for his work that’s been compared to Charlie Brooker’s Black Mirror. Luke Collins was born and raised in Bedworth and studied at Coventry University before going on to win critical acclaim.

His short film, Swiped, has won a Royal Television Society award in the Breakthrough (off screen) category. The film examines the modern dating conundrum and Luke explained how he wanted to disconcert people by showing how their online behaviour could be construed if the interaction was face-to-face.

“When you’re using an app, people often act in certain ways that would be quite bizarre in real life,” he said. “I wanted to visualise that process – swiping people – by using VR.”

Luke, 28, said online dating has its positives. “It’s harder to meet people now, people work so much and it can be difficult,” he said. “It has its positives. I think it’s just perhaps when people use it in different ways, not everyone goes online with the same kind of intentions. That’s when conflict can happen.”

Luke, who has recently moved to Leamington Spa, watched the award ceremony live online. He said he was “really chuffed and surprised” that he had won. Describing himself as a “massive film nerd” growing up, Luke said he had no clear idea of what he wanted to do for a career.

“I picked media production at Coventry University and it was there that I really fell in love with writing and making films,” he said.

His passion grew and since graduating in 2014 he has gone on to win critical acclaim.

The coronavirus pandemic has proven a challenge this year, but some filming for his more recent projects was carried out in between lockdowns, when restrictions were eased. He is hoping to move into producing longer form work for television and dreams of working on feature films. He is currently trying to find funding for a feature documentary on organised crime in Europe, and he has some advice for those who dream of working in the industry.

“The best advice I can give is just make films,” he said, “It doesn’t matter what kit you have got – Smartphones now are so good. It’s about making your film, you only get better through doing it.”

He estimates that he has worked on about 20 short films ‘of which three or four have been decent’.

“You learn things with every film,” he added. “That’s how you keep improving.”