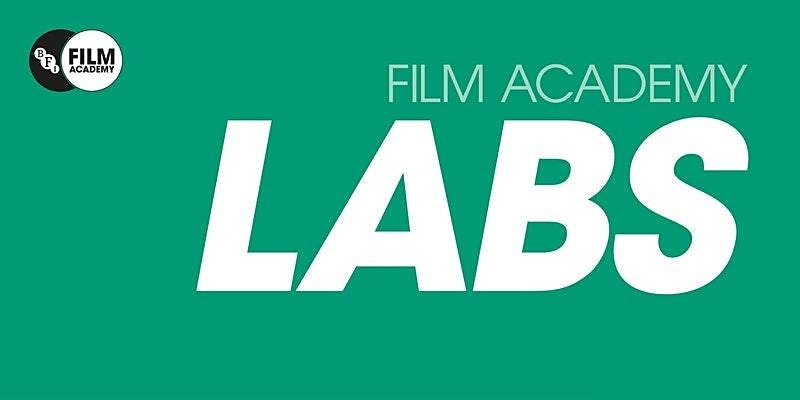 By December 1, 2020Training
No Comments

BFI Film Academy Labs are designed to support 16-25-year-old aspiring filmmakers and help you develop your skills and projects from home. Following on from our November Lab, which explored the various national and regional talent programmes for the UK’s emerging filmmakers, our December Lab will focus on early-career production opportunities available outside London.The Zoom Webinar will spotlight regional production companies that provide paid traineeships and job opportunities for new talent in TV, feature film and commercials. Panelists will outline some of the most exciting productions currently taking place outside the London bubble, give you a taster of what it’s like to work in entry-level production roles and discuss how you can best progress within a production company.

Following the panel discussion, there will be a virtual networking session, where you will have an opportunity to connect with other regional filmmakers, hear about each other’s projects and challenges encountered working outside of London, and discuss how to better engage with local resources. The event will run from 2:30pm – 4:30pm. Tickets are strictly limited! Register for networking here.

Glyn began his career making documentaries for ITV’s award-winning flagship First Tuesday series. He went onto to produce and direct a range of documentaries for ITV, the BBC, Channel 4, Channel 5 and the Discovery Channel, among others. In 2001 he co-founded the Leeds-based indie, True North, and helped to turn a start-up indie into the UK’s biggest factual producer outside of London. He developed and executive-produced countless series for the BBC, ITV, Channel 5 and National Geographic Channel.

He joined Screen Yorkshire as Head of Skills in March 2020. He manages a number of skills and training programmes, such as Connected Campus, Beyond Brontes and the Centre of Screen Excellence: Yorkshire and his core aim is to develop a talented, versatile and diverse workforce for the region’s TV and Film indies and producers.

Rachel Robey is Senior Producer and co-founder of the multi-award winning Wellington Films, based in Nottingham. Their feature productions include the BAFTA-nominated ‘London to Brighton’ in 2006 (awarded Best Achievement in Production at the British Independent Film Awards), BAFTA Scotland-winning ‘The Levelling’ and Netflix Original ‘Calibre’, which was nominated for a record-breaking five BAFTA Scotland Awards and won the Edinburgh International Film Festival Michael Powell Award. Their latest production is the interactive film “As Dead As It Gets” by Simon Ellis, for global platform Whatifi.

Rhys Bebb began his career in teaching, using film as a tool to teach narrative structure to primary pupils who found more conventional media less accessible. He worked as the Media and Education Officer at Keep Wales Tidy on their Eco-Schools initiative, and then with the educational charity Into Film. Since March this year, Rhys has been the Education and Training Officer at Screen Alliance Wales. Working out of the unique classroom at Bad Wolf TV, Rhys works to places trainees and work placements at the studio and other facilities, as well as working in schools and colleges to inspire the next generation of young filmmakers.

Soph Webberley is a Regional Development Assistant at Warp Films and a Writer/Director in her spare time. Soph first joined the Warp Films Sheffield office in 2018 as in-house runner through the ScreenSkills High-end TV Skills Fund. Her role as a Regional Development Assistant is to find exciting stories and new talent in the regions, with the focus on diversity in all its forms. Soph has most recently been working on the screen adaptation of Everybody’s Talking About Jamie.

Abena is a multi-award-winning writer-director with experience working on funded short films for Sky Arts, Creative England, Disney UK and the NFTS. Her 2018 short film, Ladies Day, has screened at over 50 festivals internationally including Outfest, Encounters, Black Star and Raindance. She is a BFI Flare Mentee and an alumnus of the NFTS Directors Workshop 2019. She is an alumnus of the BFI/ Film Hub North Screenwriters Lab, through which she is developing her next project. Alongside BFI Network and The Showroom Cinema she has curated a programme of short films by rising Black British filmmakers called New Black Voices and is a public speaker at corporate events, previous clients include Facebook, McKinsey, Outfest, the British Council and the British Embassy (Berlin).

Register for this event.

Register for this event .

We’ll be breaking attendees into small groups to facilitate the networking. Groups will be shuffled multiple times to ensure maximum networking opportunities.

Sign up to the Film Academy newsletter by emailing filmacademy@bfi.org.uk

Please note: this session will be recorded and event footage may be used on the BFI website and social platforms.