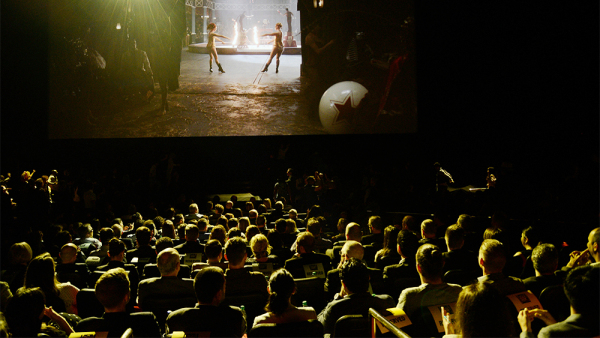 By May 18, 2020Uncategorized
No Comments

U.K. cinemas won’t be reopening sooner than July 4, according to new coronavirus recovery guidance put out by the government on Monday afternoon.

The 60-page document, entitled “Our Plan to Rebuild,” sets out that cinemas are part of a “high-risk” group of businesses that will be the last to reopen from July 4 onwards.

In Step Three of the plan, cinemas and other “leisure facilities” will be able to open alongside personal care businesses such as hairdressers and beauty salons; hospitality venues such as food service providers, pubs and accommodation; and public places such as places of worship.

All businesses will need to meet the government’s COVID-19 Secure guidelines for their respective sectors, which are expected to be unveiled this week. However, even after July 4, it is not guaranteed that all venues will be able to open.

“Some venues which are, by design, crowded and where it may prove difficult to enact distancing may still not be able to re-open safely at this point, or may be able to open safely only in part,” reads the government plan. “Nevertheless, the government will wish to open as many businesses and public places as the data and information at the time allows.”

The government, which first hinted at the timeline for cinemas in an address by Prime Minister Boris Johnson on Sunday night, has also said it will “carefully phase and pilot re-openings” to test a venue’s ability to adhere to new guidelines.

Last week, Variety revealed that exhibitors and industry orgs such as the U.K. Cinema Association (UKCA), which represents more than 90% of the U.K.’s cinema operators, were proposing a late June reopening date to the government.

That proposal, however, drew concern among some in the industry and particularly small independent operators, who are anxious about an uneven playing ground between themselves and big multiplexes such as Vue and Odeon, which have the resources to open up sooner.

The UKCA on Monday suggested it was satisfied with the July 4 date, despite its confidence that the country’s cinemas will be prepared to reopen ahead of this time.

UKCA chief executive Phil Clapp told Variety: “We have made clear to the U.K. government — and the devolved governments in Scotland, Wales and Northern Ireland — that, on the basis of our understanding of the safeguards that will need to be in place before cinemas can safely open, most venues will be ready to do so by the end of June. Today’s suggestion that this might be considered around 4 July is therefore welcome.

“But we recognize that there are a host of wider public health considerations which mean that that may not be possible, and we will of course respond accordingly. Whenever cinemas are able once again to re-open, it is clear that all venues will need continued government support until such time as business returns to something approaching normal levels of activity.”