The dramatic new 4-part BBC drama Dark Mon£y was filmed exclusively in Birmingham and the West Midlands in late 2018, and coming to screens on Monday 8th July at 9pm on BBC One. It was directed by Birmingham-born Lewis Arnold, and executive producer Mark Pybus of The Forge. Lewis and Mark will be present at an special screening of episode 1 presented by Screen Central, in association with Vermillion Films. The screening will be followed by a Q&A.

Get your free tickets HERE.

Dark Mon£y was written by Levi David Addai and directed by Lewis Arnold. The series will air on Monday 8th and Tuesday 9th July and concludes the following week on Monday and Tuesday.

Dark Mon£y tells the fictional story of The Mensahs, an ordinary working-class family from North London whose youngest son has recently finished filming a major Hollywood movie role. But Manny and Sam’s world is shattered when Isaac reveals he was abused whilst out in America by a renowned filmmaker. Although guilt-ridden, the family decide to accept a substantial pay-off to keep silent, believing the money will help start a new life, enable them to heal and avoid the publicity hell of pressing charges against a celebrity. They are wrong. Damage runs deep, and the price of taking the money may be too high.

Get your free tickets for this Dark Money screening HERE.

Prior to directing DARK MON£Y for BBC One and The Forge, The Birmingham director directed the first four episodes of CLEANING UP for Sister Pictures. Lewis was also responsible for developing the six-part drama with up and coming writer, Mark Marlow. The show stars Sheridan Smith and is set within London’s financial world and aired on ITV in 2019.

His previous credits include BROADCHURCH and HUMANS, which became Channel 4’s most successful original drama in over 20 years when it aired in 2015. After directing two episodes on series one, he was asked back a year later to direct the lead block of the second series for Kudos and AMC.

It was on graduating from the NFTS in March 2013, that Lewis embarked on directing his first TV project, directing with two episodes of the final series of BAFTA-winning C4 show, MISFITS. He followed this up by directing the first four episodes of Russell T Davies’s new E4 show, BANANA, and was named a Broadcast Magazine Hotshot 2014 for his work on both shows.

His short films CHARLIE SAYS and ECHO, made whilst studying his MA in Directing Fiction at the National Film and Television School, screened at a host of international film festivals, picking up various awards including a National Film Award for Best Short. Lewis has a host of projects in development including DES, a four-part crime drama with New Pictures, as well as feature film projects BULLY and PLAYING DEAD.

Mark joined The Forge from Company Pictures where he produced Uncle Adolf, Wallis & Edward, both for ITV, and Einstein & Eddington, Women in Love and Wolf Hall for the BBC. For The Forge, Mark has executive produced The Last Post, a Peter Moffat series for the BBC which transmitted in 2017, and Collateral, written by David Hare, which aired on BBC2 in early 2018. Currently he is executive producing Dark Mon£y, a four-part original drama series for BBC1 written by BAFTA-winning writer Levi David Addai.

This Dark Money screening would not be possible without the generous support of Vermillion Films. Vermillion Films is an award-winning production company producing branded content, corporate films and commercials for global brands and local companies.

Get your free tickets for this Dark Money screening HERE. 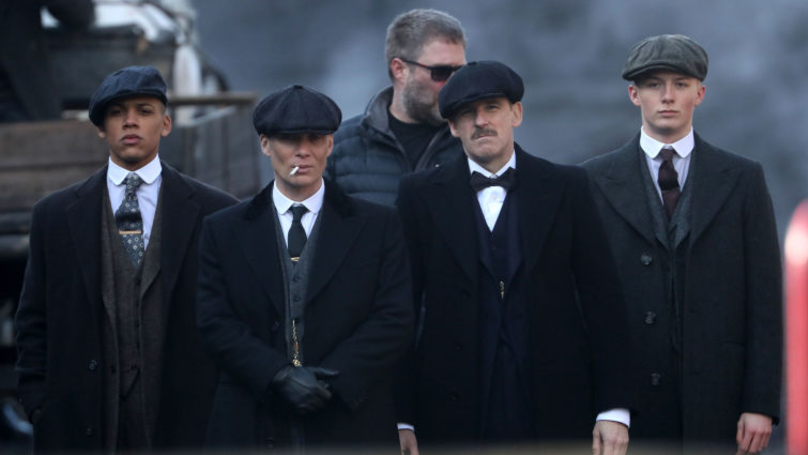