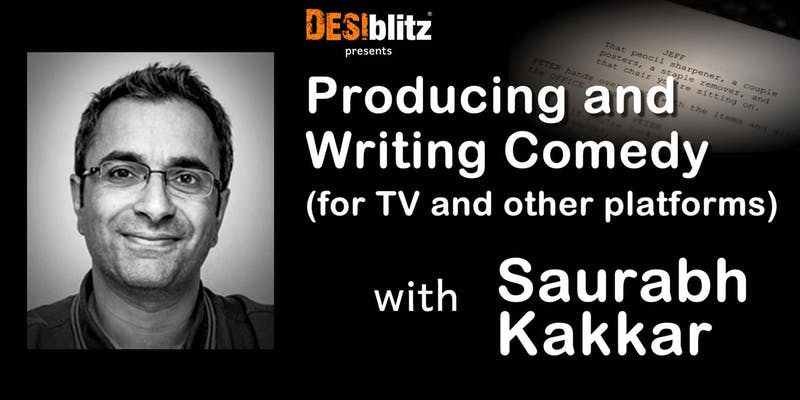 By August 24, 2018Uncategorized
No Comments

In this workshop, Saurabh Kakkar, experienced TV comedy producer with a host of successful programmes to his name, shares some of his best hints, tips and strategies for creating, developing, selling and producing narrative comedy, and making it fit for broadcast in today’s multi-platform climate.

Starting out as a producer of live comedy tours, Saurabh went on to become Executive Producer at Big Talk, responsible for shows such as the BAFTA-nominated Timewasters and the forthcoming BBC2 show Defending The Guilty. Prior to that he was Head of Development and an Exec producer at BBC Comedy Productions, responsible for shows such as Professor Branestawm (adapted by Charlie Higson, starring Harry Hill), The Life of Rock with Brian Pern (starring Simon Day and Paul Whitehouse) and Puppy Love (by Jo Scanlan and Vicki Pepperdine).

Before that Saurabh spent 13 years at ITV Studios as a drama producer and exec then Creative Director of Comedy, responsible for shows such as White Van Man for BBC3 (remade as Family Tools for ABC in the US), FM for ITV2 (starring Chris O’Dowd) and Dirk Gently for BBC4 (Starring Stephen Mangan and Darren Boyd) and The Fattest Man in Britain and Security Men for ITV1 (both by Caroline Aherne and Jeff Pope).

There will be an informal networking opportunity at the end of the workshop, where some light refreshments will be served. You must be aged 18 years or older to attend this workshop.