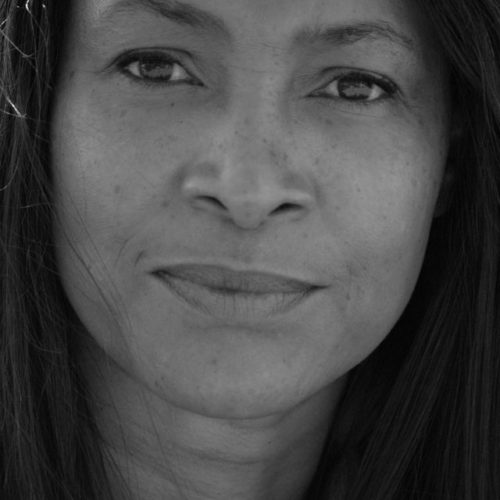 Sindy came to Film Birmingham from the leading art organisation Fierce! She was asked if she could do 3 week’s cover at Film Birmingham and has ended up staying for eleven years!

She's lived in Birmingham from the age of 16, loves the city's proud heritage, and is really excited for the future.

The first film she remembers having a profound effect on her was the post-apocalyptic science fiction thriller Soylent Green. She remembers loving the polar mix of an organised dystopian reality then a period of pure ecstatic existence (then, I guess, watching people getting churned into food). 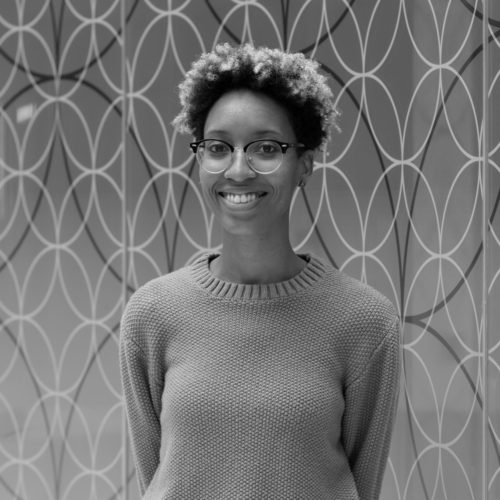 Barbados-born Denyce has a rich background as a journalist and reporter. She's big into social media, and is as in love with the city as she is with film. She loves her team, and embodies the FilmBirmingham message. Denyce finds Birmingham a very diverse and dynamic city, and a hotbed for creativity. She hopes one day to use her smarts to help the Caribbean film-industry and creative sectors back home achieve more recognition globally. 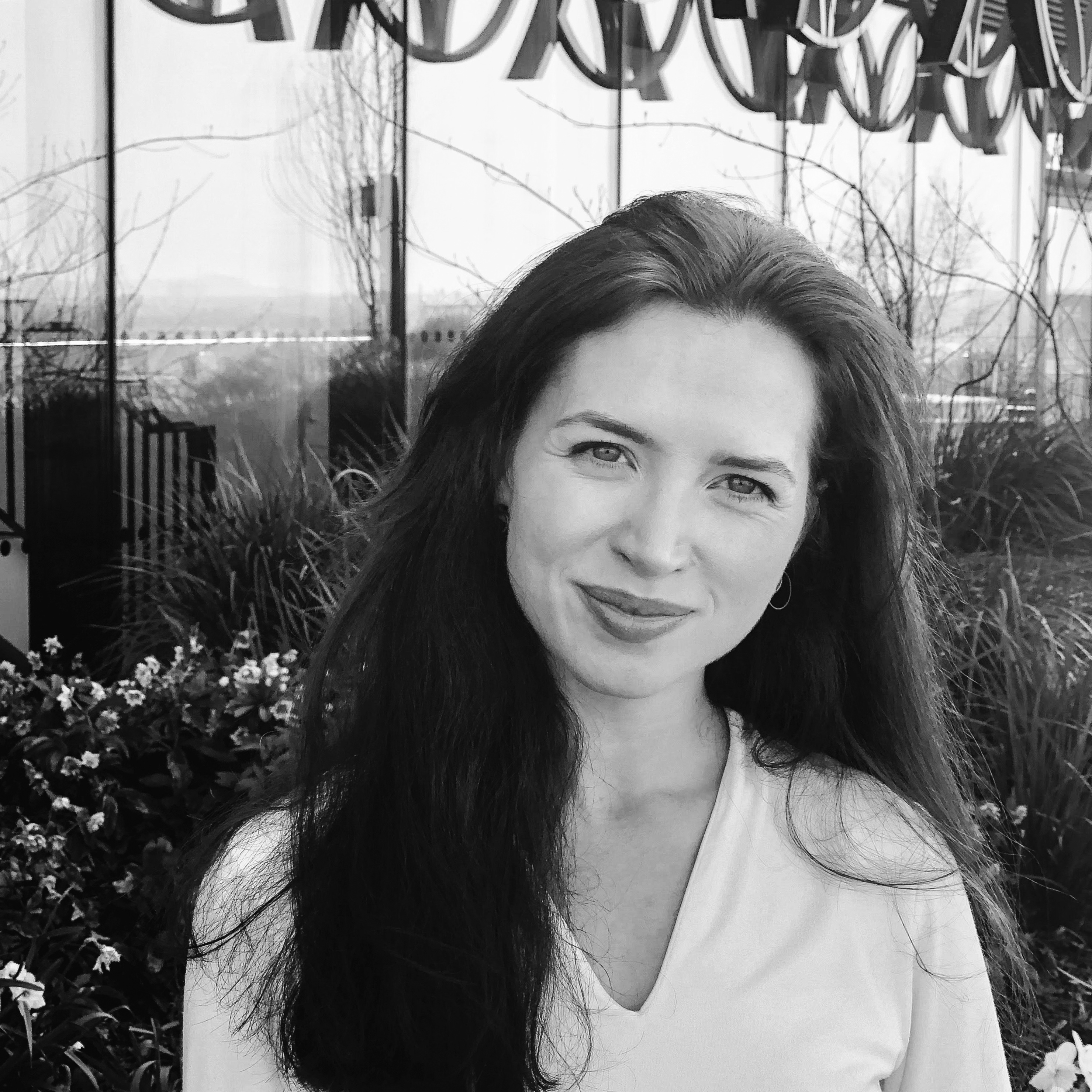 Lorna trained as an actor at Drama Centre London and worked across theatre, television and film. As a producer, she shadowed Patrick Schweitzer on the BAFTA-nominated Sky Atlantic drama ‘Save Me’, produced award-winning dance short, ‘Figure’ and experimental feature, ‘Cold Blow Lane’. In 2018 Lorna was an Associate Artist at Birmingham REP, where she wrote and performed her solo show ‘Butterflies’. Having spent the great majority of her life in Birmingham, she is passionate about representing the city and bringing the region to the forefront.

Birmingham has always been a city that makes things. Now, and increasingly, we make film and television. There is so much exciting stuff happening. Watch this space.

Birmingham is a young and vibrant city with much to offer TV and moviemakers - from diverse filming locations to talented and energetic local creatives. It is an exciting time for Birmingham and I'm proud to champion my wonderful home town!

I just would like to tell you what a pleasure it was filming in Birmingham and I think that the support that I received from Sindy Campbell and the Film Birmingham department was excellent. I do wish that other areas in England could follow your example. Many thanks.

When filming ‘The Big Performance’ for CBBC, we used a number of iconic Birmingham landmarks as the backdrop to our filming. Film Birmingham was extremely helpful in ensuring all permissions were granted and paper work completed on an extremely tight schedule. They were especially flexible and patient with our changing demands.

We recently filmed in Birmingham for a Sky 1 television series. We dealt directly with Film Birmingham in order to organise permits and take their advice on filming locations. From the moment go, Film Birmingham were extremely efficient, informative and helpful and they ensured we had all the permits we required in time for our shoots. The filming ran smoothly and everyone in Birmingham was extremely friendly, making it a great experience!

I have been lucky enough to shoot commercials in Birmingham on several occasions, bringing crews up from London for both Sky and the BBC. The circumstances have been tricky and very last minute, as advertising tends to be these days, but Sindy Campbell and the team at Film Birmingham were always there to make everything work seamlessly and cater to our every need. We could not have done it without them. I can’t thank them enough.

Film Birmingham were incredibly helpful in making ‘Toast’ run as smoothly as possible in Birmingham. With Sindy Campbell’s invaluable support we were able to access all our unit bases and locations with incredible ease. I would highly recommend filming in Birmingham in the future.

This was the first time I have worked with Film Birmingham. Honestly, I was sceptical at first – worrying that a potential level of unnecessary beaurocracy was just what I didn’t need – but the reality was and is very different. The understanding of the filming process was very impressive, as was the sense of urgency, understanding of logistical and practical problems and speeds of response.

Birmingham has some fantastic locations and I now know it has a fantastic Film Office to match.

I have been working in Birmingham on ‘Hustle’ series 6 and 7 over the past two years. Sindy Campbell and the team at Film Birmingham have been there every step of the way. It’s like having an extra team member always on the end of the phone to help with our filming requests. Thank you for all of your hard work – you have been brilliant.

BBC ‘Doctors’ is predominantly filmed on location, with a very tight turn around and, as such, we have had recourse to use Film Birmingham on practically a daily basis. Without their professionalism, understanding and efficiency, we would not be able to achieve the high level of quality output that is expected of us.

Their approach to working closely with our production, without the ‘them and us’ attitude, makes filming in the West Midlands an attractive proposition and we see them very much as part of the team.

I location managed the second series of the BBC drama ‘Survivors’ last year. This was all shot in and around Birmingham. If you have seen the series you’ll understand what amazing things we were able to achieve consistently throughout the show. We were even able to turn the centre of Birmingham into a deserted post-apocalyptic wasteland. We closed major city roads/streets, sometimes with just a few days notice. This is thanks to Birmingham’s film office. Sindy and Matthew were absolutely amazing; we certainly couldn’t have made the show without them. I hope I get a chance to film in Birmingham again soon. Thanks guys!

As a researcher for ‘the Gadget Show’, I have found the service at Film Birmingham to be invaluable. The process for filming applications could not be easier and having a dedicated (and friendly!) film office to talk to about requests is absolutely crucial for us. On two occasions this year we have made last minute changes to our schedule and with the help of Sindy and the team we have been able to relocate and film in Birmingham the next day. I couldn’t endorse the service more highly.

Our shoots in Birmingham are often last minute and complicated but Sindy Campbell and the team at Film Birmingham are always on standby to turn filming permissions around for us. We are very thankful for their services.

My experience with Film Birmingham has been really good. I’ve had fast responses to emails and I have been able to film at the places where I have needed to, thanks to Film Birmingham.

The service is very fast and you have been great with my queries and questions – so thank you for this. I will be happy to use Film Birmingham in the future.

Just a quick note to say thank you very much indeed for all your help with setting up our recent filming in Birmingham. Despite the early confusions on our part things came together very well and everyone is very happy with the footage. As mentioned the service you provide is excellent when compared with most cities. Best wishes.