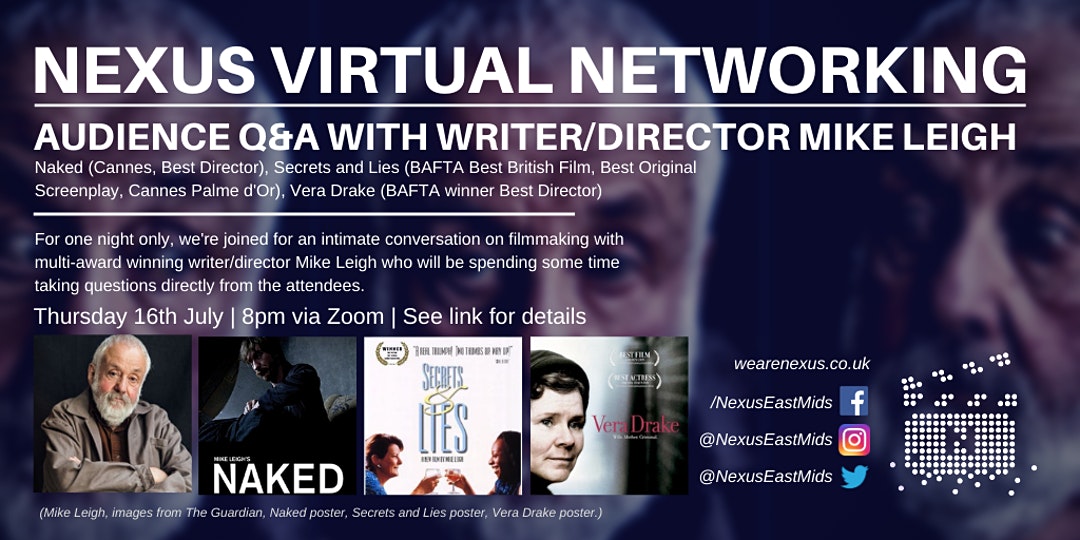 Mike Leigh OBE FRSL is a British writer and director whose works have appeared on film, television, and the stage. His most notable works are the black comedy-drama ‘Naked’ (1993), for which he won the Best Director Award at Cannes, the Oscar-nominated, BAFTA and Palme d’Or-winning drama ‘Secrets & Lies’ (1996), the Golden Lion winning working-class drama ‘Vera Drake’ (2004), and the Palme d’Or nominated biopic ‘Mr. Turner’ (2014). His stage plays include ‘Smelling A Rat’, ‘It’s A Great Big Shame’, ‘Greek Tragedy’, ‘Goose-Pimples’, ‘Ecstasy’ and ‘Abigail’s Party’.

Leigh is often noted for his unusual devising process in which he begins work without a script and collaborates closely with his actors through a lengthy rehearsal period. The process includes detailed character development, real-time improvisations and lots of research.

For more information about Mike Leigh’s process & filmography ahead of the Q&A, click here.

This is your chance to submit questions, since there will b no host Q&A – Mike Leigh wants to take questions directly from YOU!