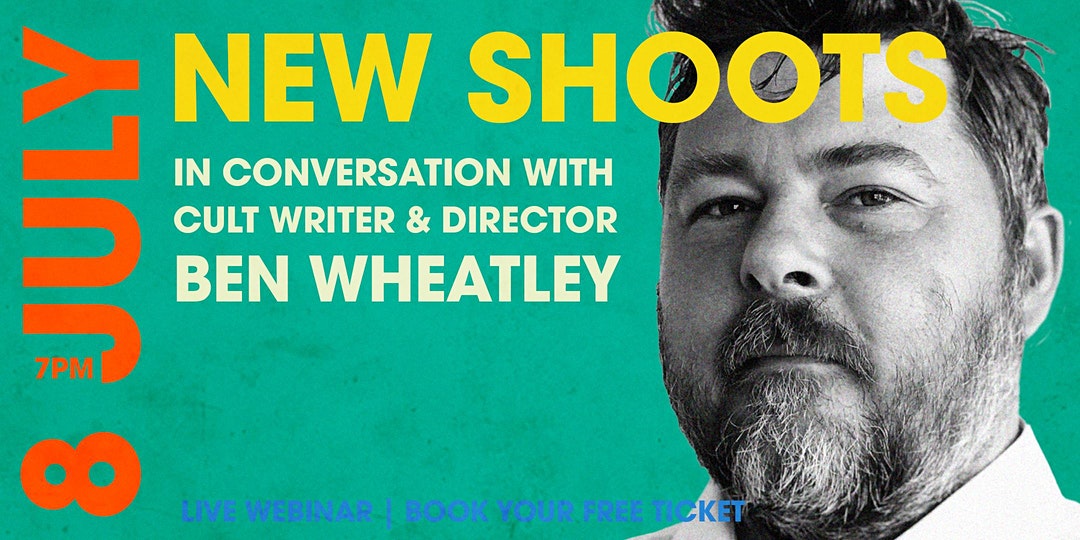 Join Shooting People’s summer extravaganza with a conversation with the cult writer and director Ben Wheatley (Free Fire, High Rise, Kill List). From award winning micro-budget features to Hollywood Blockbusters, Wheatley has switched up the scope and scale of his work from film to film. SP’s Cath Le Couteur will chat to Wheatley about breaking into the industry, his career across independent film, how he continues to approach low budget films and large scale productions, and the creative challenges that emerge for both. You can ask your questions too.

Wheatley cut his teeth as an animator and short filmmaker before making the self-funded crime comedy Down Terrace (2009) over eight days in Brighton. It won the Next Wave prize at Fantastic Fest in Austin and Best UK Feature at Raindance. He followed this with the critically acclaimed psychological horror film Kill List (2011) and the cult comedy Sightseers (2012) which screened in the Directors’ Fortnight section of the Cannes Film Festival. Wheatley’s micro-budget civil-war horror A Field in England was shot in just 12 days and became the first UK film to be released simultaneously in cinemas, on TV and VOD. Wheatley went on to make the brilliant adaptation of the J.G. Ballard dystopian novel High Rise (2015), the star studded action comedy Free Fire (2016), executive produced by Martin Scorsese, and the dysfunctional family drama Happy New Year, Colin Burstead (2018).

He is currently in post-production on his biggest-budget movie yet- Tomb Raider II with Alicia Vikander, as well as a new adaptation of Daphne du Maurier’s gothic romance novel Rebecca, starring Lily James, Armie Hammer, and Kristin Scott Thomas, and the action horror movie Freak Shift. We’re thrilled he’s put aside some time for a chat with us and to answer your burning questions.

Please RSVP here to confirm your place online. Attendees will be sent the private URL the morning of the Q&A.