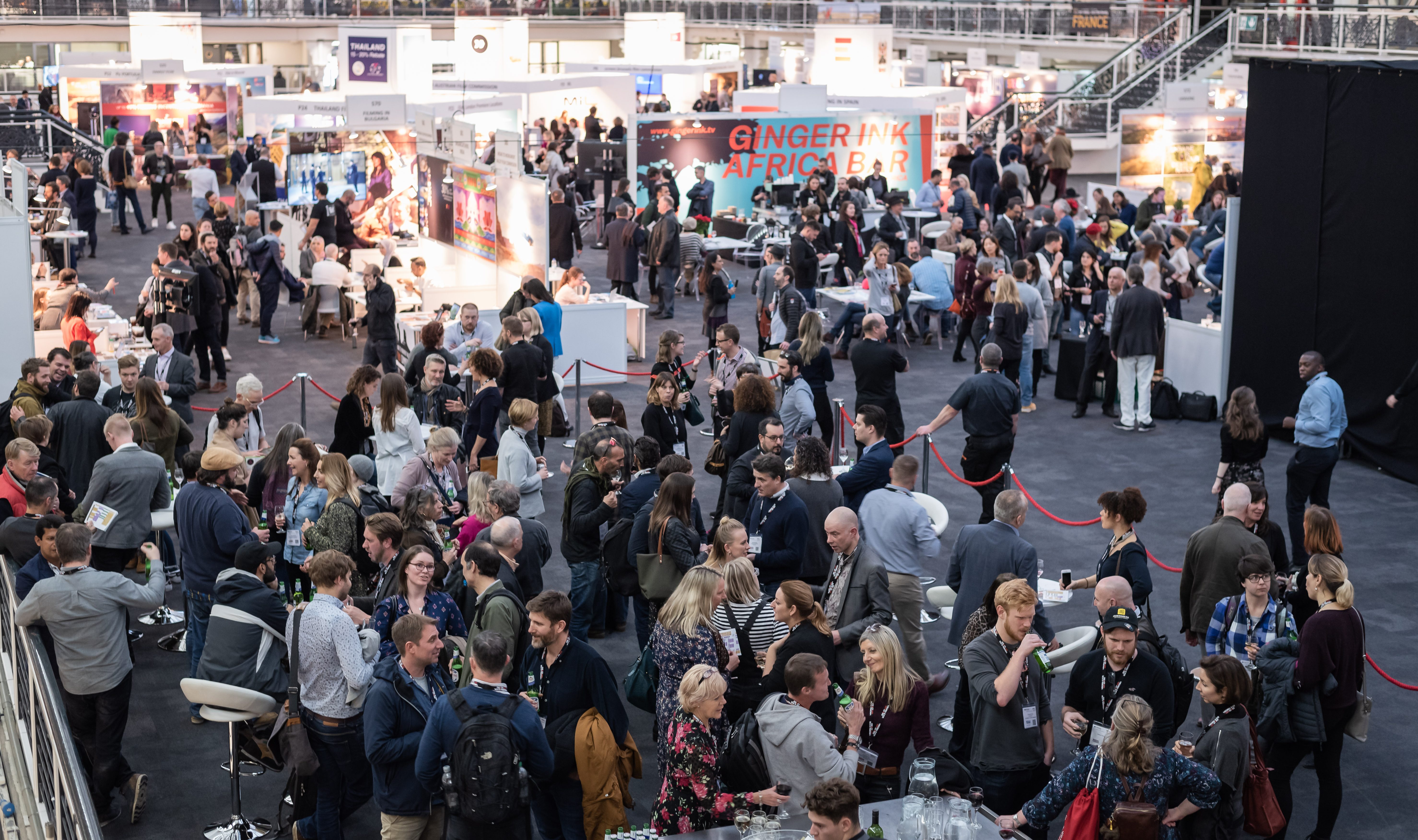 Film Birmingham will be present and representing the region at Focus 2019, the international meeting place for the creative screen industries.

Following a highly successful 2018 event, FOCUS, The Meeting Place for International Production will return to the Business Design Centre London on 3/4 December 2019 for its fifth edition. The event will remain completely free to attend for industry professionals.

Birmingham city council’s film and TV office will be representing the city and the West Midlands at the 2-day event, engaging with international production companies on how they can maximise their use of Birmingham’s filming locations, local crews and production services. Film Birmingham will be sharing a stand (L8 #FilmingInEngland) with Film Offices UK and Creative England. During the Filming in England ‘Happy Wine and Cheese Hour’ at 14:00 – 15:00 each day, event attendees are invited to liaise with Film Birmingham representatives while sampling regional wine and cheeses.

FOCUS is aimed at all the creative screen industries – including film, TV, advertising, animation and interactive – and is the only UK trade event where attendees can meet with content makers, film commissions, production services and locations providers from over 70 countries. Each December, the industry’s key players converge at FOCUS, transforming two days of meetings, networking events and seminars into deals and lasting business relationships. Over 150 expert speakers will also address the key opportunities and challenges concerning the production industry today.

Register HERE for a FREE delegate badge giving access to the whole programme. 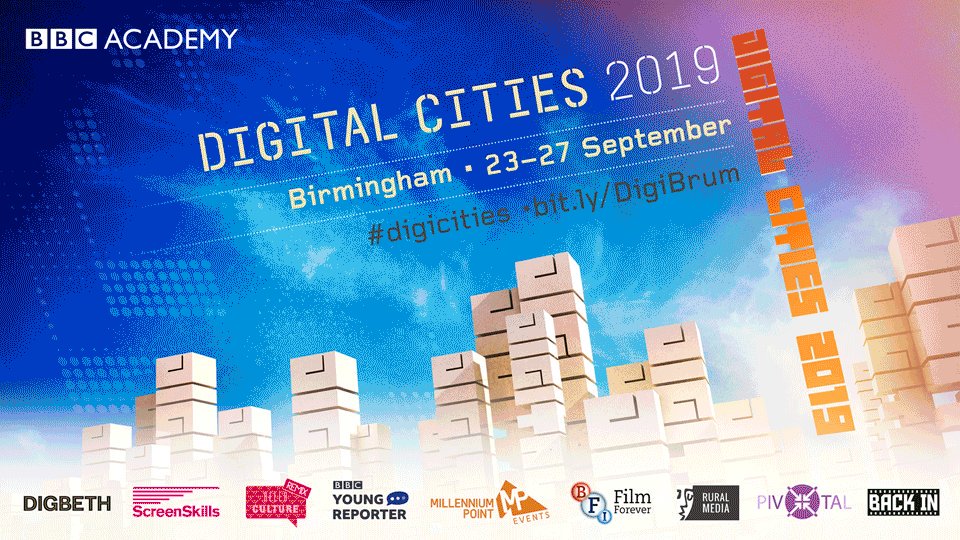 Digital Cities Birmingham returns to Birmingham with a new series of inspiring events across the city – many of them free. These include practical workshops, masterclasses and conferences. BBC Digital Cities will be offering this week-long series of events for the creative industries, starting on Monday 23 September 2019.

See the schedule below and visit the official webpage here.

Wednesday, 25 September
13.30 – 20.00
Creative Futures: how to get in and get on in the screen and audio industries
Millennium Point, Curzon Street
Digbeth, Birmingham B4 7AP

Pivotal Music Conference will be taking place in the Jewellery Quarter and there will be a day of events at Millennium Point featuring ScreenSkills, BBC Asian Network, BFI, New Creatives, Back In and Screen Central.

Follow #digicities and @BBCAcademy on Twitter for updates. This page and the Digital Cities Birmingham homepage are updated regularly so keep checking back for the latest information. 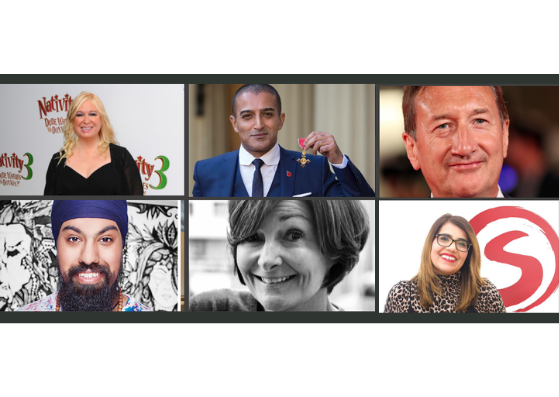 In the most significant shake-up of support for the West Midlands’ screen sector for nearly a decade, the region will soon have a new industry-led membership body. Chair Ed Shedd and the West Midlands Combined Authority received an overwhelming response from the sector with nearly 50 industry professionals applying to become inaugural members. Appointments have now been approved by the Mayor of the West Midlands Andy Street and creative industries portfolio lead Cllr Ian Brookfield. More names are expected to join the Screen Industry Body as plans roll out. Members are now developing plans, including establishing a name and brand, ahead of the formal launch on 10th October

The trio will join other talented and well-known individuals from the region’s TV, film and games industries on the task-force, an initiative first announced by Mayor of the West Midlands Andy Street earlier this summer. See the full membership list here. The members will now be tasked with getting the new screen industry body up and running ahead of its official launch in October. This includes creating a name and branding that will attract people from across the globe to come and create content in the West Midlands.

The body’s members will also be working on developing a strategy to revolutionize the current screen industry, helping to drive investment, growth and thousands of new jobs. It will be chaired by international industry heavyweight Ed Shedd and serve as a single point of contact for national and international film, TV and game makers.

The new body has been set up and its membership selected by the Mayor together with Ed and senior figures from the region’s three Local Enterprise Partnerships (LEPs) and West Midlands Combined Authority (WMCA), including its portfolio holder for economic growth Cllr Ian Brookfield.

Commenting on the appointments, the Mayor said: “Having the likes of Steven Knight, Adil Ray and Debbie Isitt involved is a tremendous asset for us and indicative of the top talent ready to do their bit for our screen industry. We already have a strong industry with a string of success stories – not least Leamington Spa’s gaming cluster which employs 10 per cent of the UK gaming industry.

“However, the Channel 4 bid has taught us that there is a lot more to be done in order for the West Midlands to be truly recognised as a world class centre for creative content. By launching this screen industry body and harnessing the talent of the brightest and best people within the industry, I believe we will be able to make sure our region’s screen sector fulfils its enormous potential.”

Ed said: “I am absolutely thrilled with the response we have had for inaugural members, with nearly 50 screen professionals applying. It was a challenge to select the initial group from such a wealth of talent. However, I am pleased that the group we are announcing presents a really interesting mix of sectors, backgrounds and experience. I am hugely looking forward to working with them all in the months and years ahead.”

Cllr Ian Brookfield, who is also leader of City of Wolverhampton Council, added: “As part of our Local Industrial Strategy we plan to see 29,000 new, high skilled jobs in the digital and creative industries by 2030. By having the screen industry itself leading the way through this new body, we believe we can achieve this and capitalise on the rapidly expanding creative sector to boost our wider economy and future prosperity.”

There are four key aims of the new body, including: